We are done with eleven months though and people are quite happy about it that 2020 is just about to end. But “December abhi baaki hai,” as Smriti Irani said in her new post.

2020 has been such a year that its catastrophic nature is difficult to explain in words. First, the coronavirus crisis, followed by cyclones, death and destruction in the form of natural calamities and explosions.

We are done with eleven months though and people are quite happy about it that 2020 is just about to end. But “December abhi baaki hai,” as Union Minister Smriti Irani asserted in a new post on Instagram on Wednesday.

In a classic Wednesday Wisdom post, Smriti Irani shared a meme that featured the Minions. Her post is for those who are excited about the fact that 2020 is almost over but wait a second, as Smriti Irani reminded in the caption – we still need to get through December.

“To all those smarties who are happy to see November 2020 goDECEMBER 2020 abhi baaki hai #WednesdayWisdom – Don’t count your chickens until they are .. cluck cluck … hatched,” Smriti Irani said in the caption of her post.

HOW DID THE INTERNET REACT?

The internet enjoyed Smriti Irani’s post and posted emojis in the comments section. 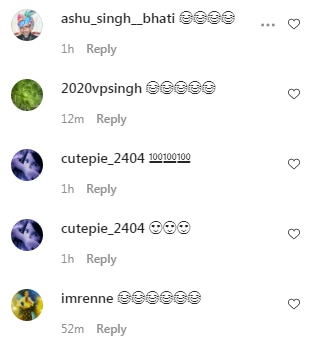 WHO IS SMRITI IRANI?

Smriti Irani is the Union Cabinet Minister for Textiles and Women and Child Development. Before her political career, Smriti Irani featured in television shows such as Kyunki Saas Bhi Kabhi Bahu Thi and Virrudh.

ALSO READ: Smriti Irani gets a meme to tell you what happens when coronavirus meets brain cells