Samantha Akkineni took to Instagram to share photos of herself in a blue printed dress. She wore this stunning outfit to the teaser launch of Telugu film, Zombie Reddy. Samantha is a true-blue fashionista when it comes to her sartorial choices. She never shies away from experimenting with her looks. In the latest photos, she can be seen in a blue printed dress with asymmetric hemline.

On December 5, Samantha Akkineni was invited as the chief guest for the teaser launch of upcoming Telugu film, Zombie Reddy. She attended the launch and encouraged her Oh! Baby co-star Teja Sajja, who plays the lead role in Zombie Reddy.

For the event, Samantha chose a blue dress with white dots and looked resplendent. She was styled by her best friend and celebrity stylist Preetham Jukalker.

Actor Teja Sajja shared the teaser of his upcoming film Zombie Reddy and thanked Samantha for launching it. He wrote, “#ZombieReddy first bite! Thank you @Samanthaprabhu2 garu for launching this. Dont miss the madness. Do let us know how you liked it with #zombiereddy We are listening! (sic).”

#ZombieReddy first bite!
Thank you @Samanthaprabhu2 garu for launching this

Dont miss the madness
Do let us know how you liked it with #zombiereddy
We are listening!https://t.co/IS8Mum3iuj

Here are some comments: 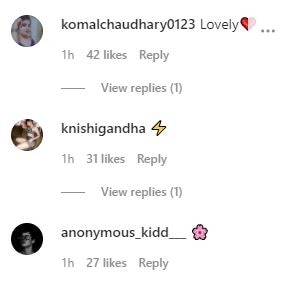 Ever since the lockdown began, Samantha has been spending time at home learning new hobbies. From learning cooking and sustainable living to growing her own produce at her garden, she did it all at her home in the past nine months.

Now, the actress is all set to resume her work. It is reported that Samantha is likely to commence shooting for his upcoming film, Kaathuvaakula Rendu Kaadhal, directed by Vignesh Shivan. The film is expected to go on floors in the coming weeks.

Kaathuvaakula Rendu Kaadhal was announced early this year with Vijay Sethupathi, Nayanthara and Samantha Akkineni in the lead roles. An official announcement regarding the film’s cast and crew and shooting schedule will be out soon.

ALSO WATCH | I share my success with people: Actor Nagarjuna

Celts’ win over Sixers soured by injury to Brown