Rashami Desai makes her digital debut with Tandoor on Ullu app. The actress has been paired opposite Tanuj Virwani in the series.

Rashami Desai and Tanuj Virwani in a still from Tandoor.

Rashami Desai fans are eager to see her in new web series Tandoor. The show marks Rashami’s digital debut and will stream on Ullu app. The Dil Se Dil Tak actress recently wrapped up the shoot of the much-anticipated series. Recently, some exclusive photos of the actress from Tandoor were shared where Rashami is seen with her co-star Tanuj Virwani.

RASHAMI DESAI ON HER ROLE IN TANDOOR

Talking about her look and role in Tandoor, Rashami Desai said, “My look is of a simple yet ambitious girl in her twenties. She is a confident modern woman who doesn’t want to give up on her life and dreams for her unworthy secret husband. The story and character are loosely inspired by a real-life incident. The story is about Palak and I have got the opportunity to live her lifeto live her pain, sorrows and dejections and how she reaches her untimely end. I want the audiences to watch Palak, feel her misery and see her short-lived journey and not just watch actor Rashami play another role. Palak is deeper and more layered than her mere appearance.” 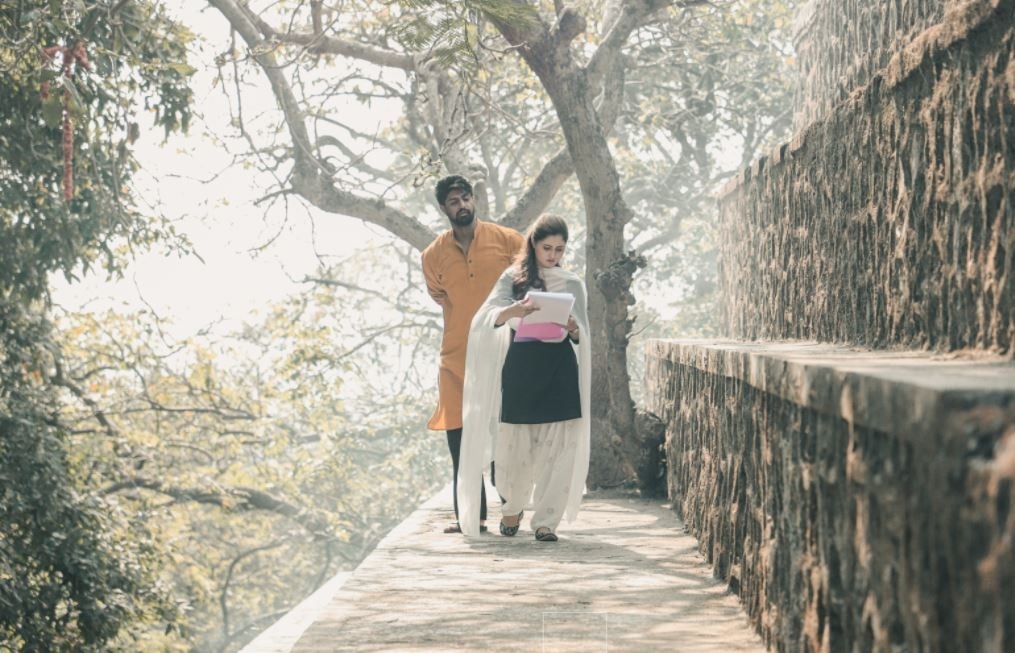 She further added, “We have just wrapped the shoot for the series and I had an amazing time working with Nivedita Basu, the director and my co-actor Tanuj Virwani. Both have been extremely supportive and cooperative and I can’t wait to watch the show myself.”

WHAT IS TANDOOR ABOUT?

Tandoor is an investigative thriller where Rashami Desai plays the role of Palak, an aspiring politician who gets married to her lover secretly. She wants to soon disclose this to the media but her husband doesn’t reciprocate her love and she gradually drifts away from him and find solace in another man.

Meanwhile, Rashami Desai was last seen on Ekta Kapoor’s supernatural show Naagin 4 where she played the role of Shalakha. Before Naagin 4, Rashami was seen on Bigg Boss 13. She was majorly in the news for her bittersweet relationship with Sidharth Shukla.