Tamil superstar Rajinikanth alias Shivaji Rao Gaekwad has finally shrugged off his Hamletian procrastination with the announcement of his much-awaited decision to take a real plunge into Tamil Nadu politics in January 2021.

Like the protagonist in his flashy movies, he swiftly came out of his house at the posh Poes Garden residence in Chennai on Thursday to announce, what his fans called a “historic decision”, to the waiting media. He said he would launch his party officially in coming January and claimed that he was here mainly to “promote spiritual politics to change the corrupt system corroding the vitals of Tamil Nadu politics.” For the actor, who is in his early 70s, “it is now or never.” He declared he was ready to die for the Tamil people.

What has finally given him the courage to put an end to the proverbial dilemma of ‘to be or not to be’, after having toyed with the idea of entering politics for long, is his think tank’s calculation to tap into the anti-incumbency votes in the ensuing Assembly elections and also cash in on the vacuum left by the Dravidian leaders M Karunanidhi and Jayalalithaa.

To dig into his political past, Rajinikanth had in 1996 offered his ‘voice support’, after holding discussions with the functionaries of his fan clubs, to the DMK-TMC alliance that swept the polls and voted out the Jayalalithaa-led AIADMK government. “If the (Jayalalithaa’s) regime continued, even God cannot save Tamil Nadu,” he said then.

Since then, his political entry has remained a talk of the town though he would create a controversy whenever the state went to polls. He issued an open statement to the people of Tamil Nadu in the 1998 Lok Sabha elections to vote against the AIADMK alliance, which, however, won it handsomely. On another occasion, he openly said he voted for the BJP but asked his fans to vote for the party of their choice. In yet another election, he asked his fans to vote for the PMK, a regional party with considerable vote share among the most backward Vanniyar caste.

These statements sent confused signals to his fans and well-wishers who doubted if he would make it. Besides, his ill-health and prior commitments to movies had also played a deterrent role in keeping him away from active politics. With the demise of Jayalalithaa and Karunanidhi, his political ambition received a fillip.

Failing repeatedly to gain a foothold in the Dravidian heartland, the BJP had been trying to goad him to enter the murky waters of TN politics and pitch him against the Dravidian majors, but he has only resisted the attempts so far. But his frequent postponement decisions had only pushed his fans and well-wishers to the fringe of frustration. But his real-time political foray into the state’s caste-driven Dravidian politics at an advanced age of 70 with not a robust health has only put him in an unenvious position.

Besides, floating a new party just six months prior to the crucial Assembly polls and announcing that it would contest all the 234 constituencies is considered as something preposterous by political analysts. “The field here is not empty. It already has two organisationally-strong Dravidian parties the DMK and the AIADMK, who share a combined vote bank of 50 per cent, and other smaller but significant regional players such as the PMK and actor Vijayakanth’s DMDK in the line-up. His role in this scenario, however, could be that of a spoiler to either of the two Dravidian parties,” an analyst said.

Rajini’s well-wishers could not resist comparing him with MG Ramachandran, the matinee idol of yesteryears and the founder leader of the AIADMK. But both are distinctly different though Rajini like MGR has been enjoying a good fan following. MGR was groomed in the school of Dravidian movement, while Rajini’s politics of spirituality is akin to BJP’s which is yet to be endorsed by the people of Tamil Nadu. 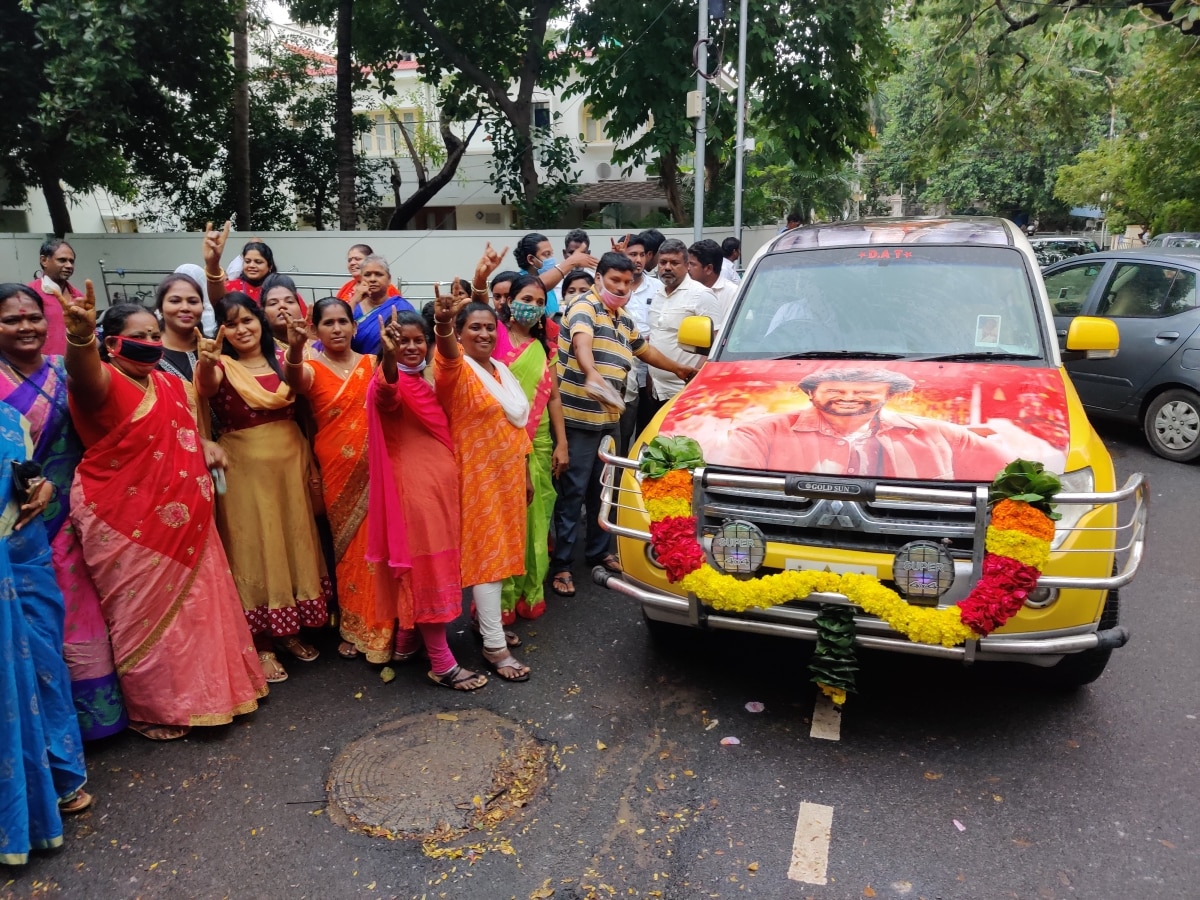 The announcement came as a welcome surprise for fans. (Photo: India Today)

“It is highly improper to compare Rajini with MGR whose fans were all DMK members, while the former’s fans belong to all political parties who can make a clear divide between their affiliation to a celluloid hero and a party. You can only compare him with actor Shivaji who was an utter failure in politics. It was not the Rajini voice that fetched victory for DMK-TMC alliance in 1996. In fact, Jayalalithaa herself lost both the seats she contested in that election because of the strong anti-Jayalalithaa wave that swept the state,” says DMK spokesperson T.K.S. Elangovan.

The caste-centric Tamil Nadu politics has always been a tough turf for new entrants. The dominant Most Backward Caste (MBC) groups such as Mukkulathors, Backward Caste (BC) groups such as Vellala Gounders and Forward Caste such as Mudaliyars have divided their loyalty between the two Dravidian parties since 1967. The PMK is Vanniyar caste-dominant, while actor Vijayakanth’s DMDK, Vaiko-led MDMK, the two Left parties and another actor-turned-politician Kamal Haasan’s Makkal Needhi Maiam, that entered the fray for the first time in the 2018 Parliament polls, have their share among all caste groups, but in single-digit ratio. The Dalit outfits including VCK and Puthiya Thamilagam have dedicated vote banks and minorities have always been either with the DMK or the AIADMK.

Hence the prospects of a third front that is other than the AIADMK and the DMK alliances, would not be a feasible option. The past electoral history of the state has proved the experiment as an alternative front to the Dravidian parties to be a miserable failure. At the best, they could play a spoilsport to either the DMK or the AIADMK just as the Makkal Nala Kootani (People’s Welfare Alliance), comprising the VCK, DMDK, MDMK, CPI, CPI (M) and other smaller parties, had experienced in the 2016 Assembly elections, spoiling the chances of the DMK to capture power. 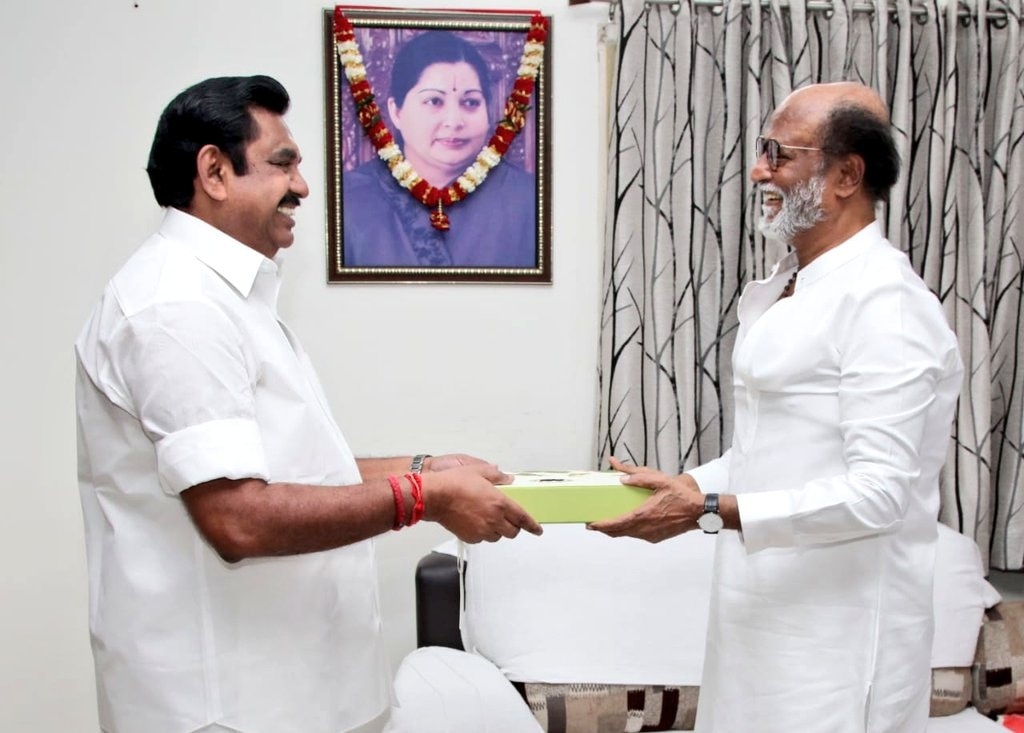 The most suitable Dravidian political partner for Rajinikanth is the AIADMK.

But Elangovan says Makkal Nala Kootani had established parties to tilt the scale, while Rajini carries the ‘BJP man’ image that would not find favour with the voters in Tamil Nadu where there is a natural anti-BJP wave. “He will only eat into AIADMK vote bank and fetch a few neutral votes which cannot make any significant change. Even among those anti-incumbency votes, those who would want a stable government would not vote for his party,” he claims.

If Rajinikanth prefers to go alone with no alliance in the bi-polar politics, then it might turn out to be acutely dicey. He has to build his party on his tinsel image and his rag-tag army of cine fans who have to match up to the strong organisational machinery of the Dravidian majors. If he is to make his presence felt, he needs to garner anti-incumbency votes besides the so-called neutral franchises. But the statement of the AIADMK coordinator and Deputy Chief Minister O Panneerselvam has provided a surprise element to the political developments the state is going to witness. While welcoming his political entry, he has hinted that Rajini could even align with the already clinched AIADMK-BJP combine.

Considered largely as the BJP prop, his party’s doctrine of spiritual politics is a similar variant of what the BJP has been preaching and pursuing. The accusation that he is close to the BJP has gained credence with his announcement that his party’s chief coordinator would be Ra. Arjunamoorthy, who till recently headed the intellectual unit of the BJP in the state. Arjunamoorthy attended the saffron party’s high-level meeting that Home Minister Amit Shah presided in Chennai on November 22, in which its political strategy for the coming Assembly polls in TN was discussed. 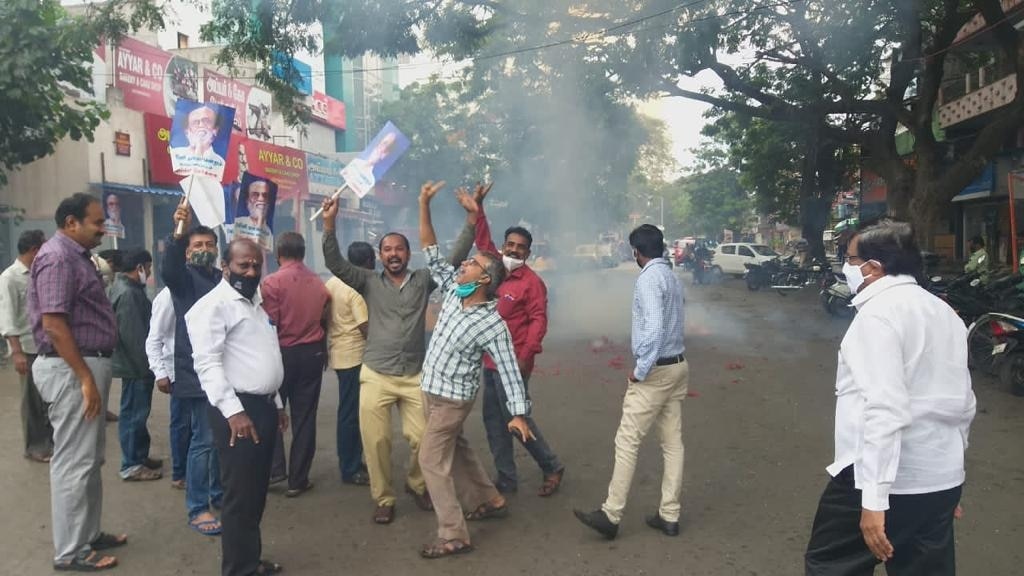 A BJP press release on December 3 announced the acceptance of Arjunamoorthy’s resignation and asked its cadres not to have any truck with him henceforth. Tamilaruvimanian, a Tamil writer who staunchly opposes the Dravidian politics, has also been named another senior functionary for the yet-to-be-launched party by the actor who recently held a meeting with the district secretaries of Rajini Makkal Mandram (RMM) which he officially floated in 2018. He will be announcing the date for the party launch on December 31.

However, RMM Madurai organiser Jaffer denies that the actor carries the BJP tag. “Our leader’s fans are from all religions and castes who have worked alternatively for both the Dravidian parties in the past elections for their victory. Now, we are eager to work for our own party. The RMM’s member-strength is close to 1.5 crores,” he claims.