The Kolkata Police has issued an order to impose the ‘no helmet, no petrol’ rule in the city from December 8.

Two-wheeler riders who do not have a helmet will not be given petrol at pumps in Kolkata, order states. (Photo: PTI)

The Kolkata Police has decided to bar petrol pumps from selling fuel to motorcyclists who arrive for refuelling without wearing a helmet.

The “no helmet, no petrol” rule will come into effect from December 8 and will be enforced within Kolkata and adjoining areas in South 24 Pargana district which falls within the jurisdiction of Kolkata Police.

“No Helmet No Petrol shall be enforced within the jurisdiction of Kolkata Police to the effect that no petrol pump shall henceforth sell petrol to any such two-wheeler rider who arrives at the petrol pump riding two-wheeler without wearing a helmet as well as carries pillion rider without helmet” reads an order signed by police commissioner Anuj Sharma. 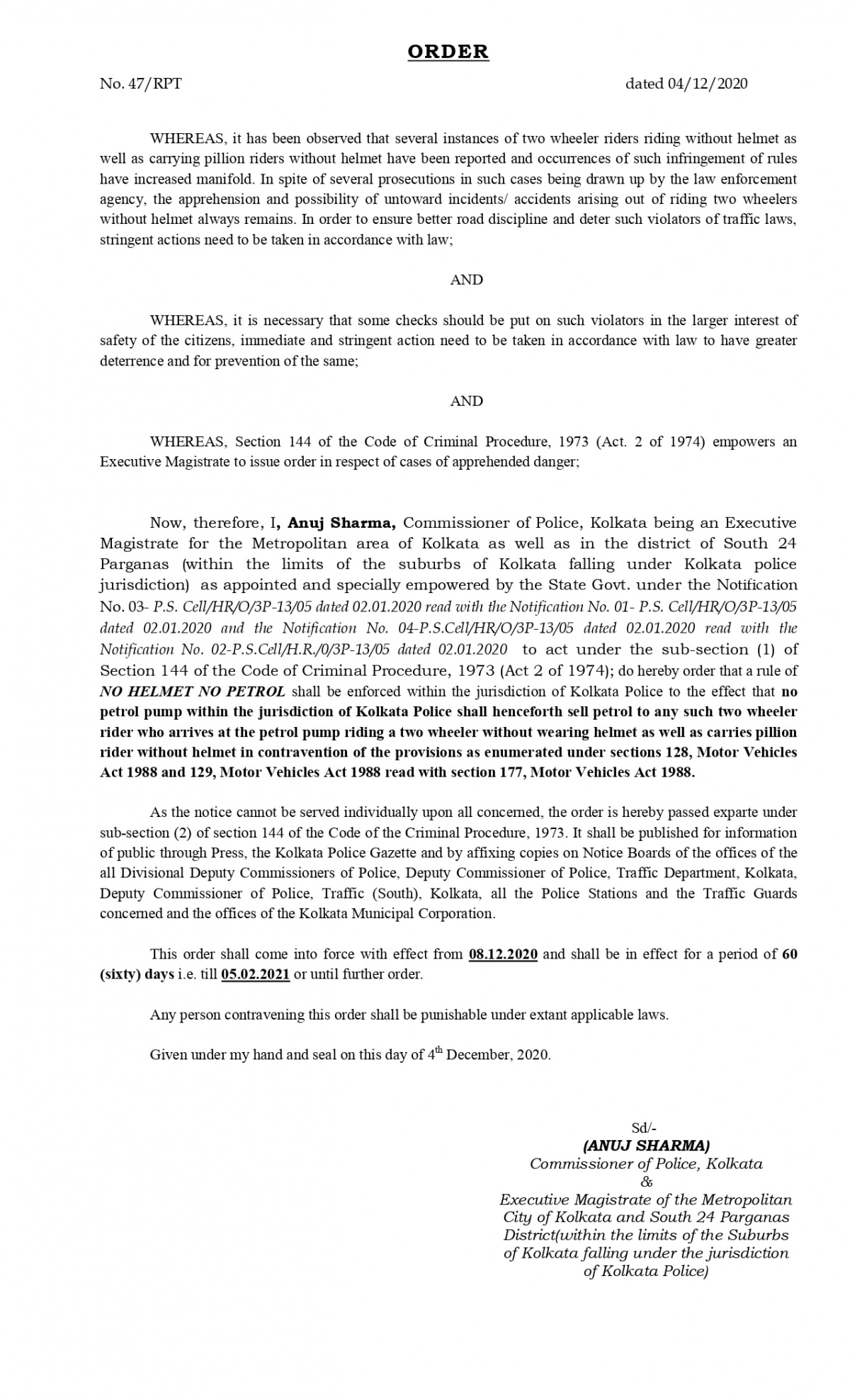 According to the police, despite prosecution, instances of bikers riding without a helmet has increased manifold. “In order to ensure better road discipline and deter such violators of traffic laws, stringent actions need to be taken in accordance with law,” the order states.

(With inputs from PTI)