Priyanka Chopra and Nick Jonas are celebrating their second wedding anniversary today. Two years ago on this day, the couple walked down the isle in Jodhpur’s Umaid Bhawan Palace. Today, the popstar took to social media to wish his wife a happy wedding anniversary. He shared photos from their Christian wedding and went down memory lane. Priyanka’s reaction to Nick’s wish won the hearts of their fans.

Nick Jonas posted two photos from their white wedding at Umaid Bhawan Palace, Jodhpur, Rajasthan. In the first photo, Nick and Priyanka are seen taking their wedding vows. In the other photo, Nick is seen kissing his wife’s hand while they leave the wedding venue.

Priyanka also took to social media to wish her husband on their second wedding anniversary. She shared a photo of the two taking a stroll on the streets with their backs towards the camera. “Happy 2 year anniversary to the love of my life. Always by my side. My strength. My weakness. My all. I love you @nickjonas (sic),” she captioned the photo.

Earlier today, Priyanka Chopra’s best friend Tamanna Dutt took to her Instagram stories to wish the couple on their second wedding anniversary. She shared a throwback photo of herself and her husband with Priyanka and Nick from their wedding. She wrote, “Happy anniversary love birds.. Stay in love and stay happy always (sic).” 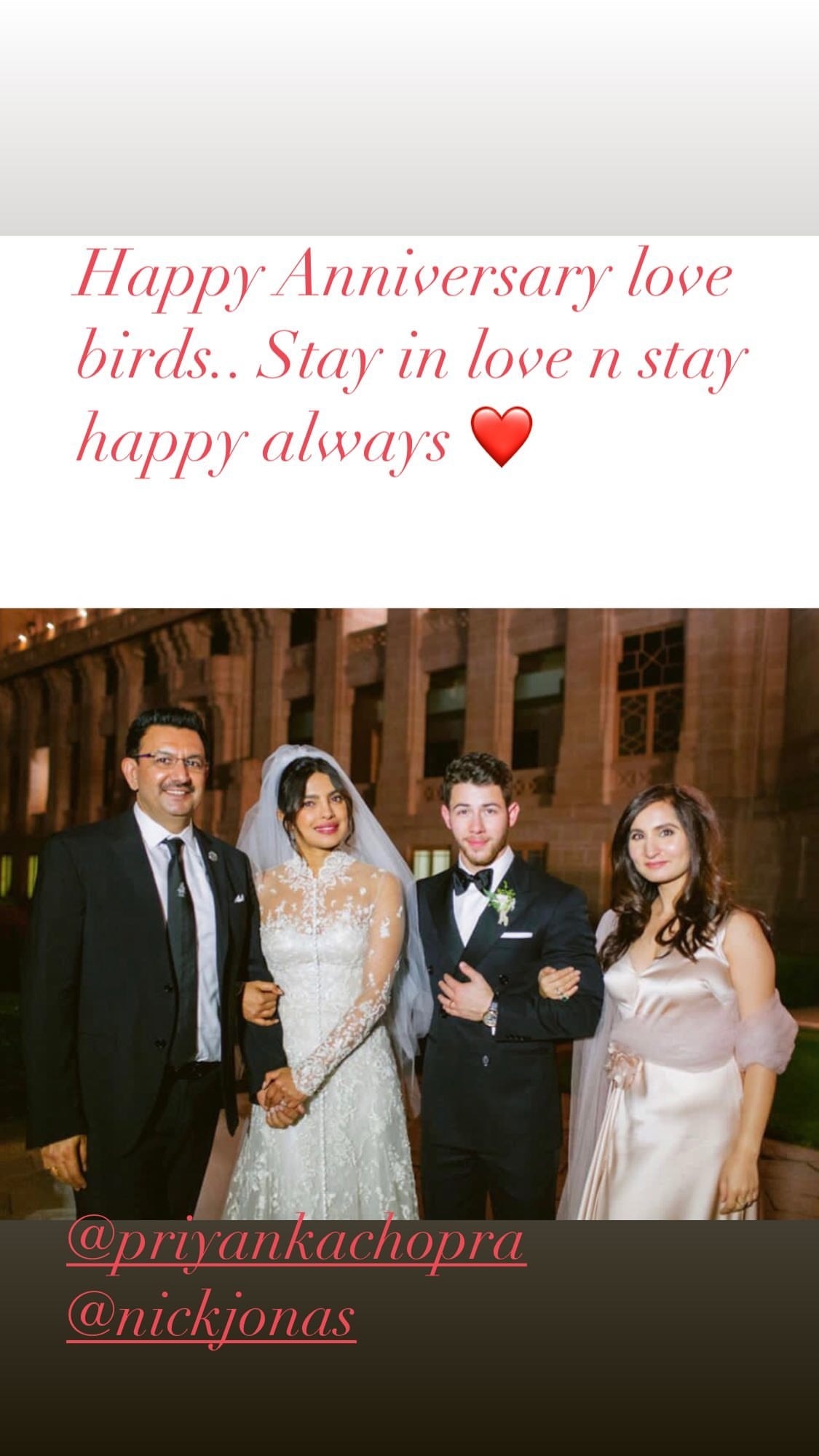 Priyanka Chopra and Nick Jonas tied the knot in two elaborate wedding ceremonies at Jodhpur’s Umaid Bhawan Palace. Their Christian wedding ceremony was held on December 1, 2018, in which the couple donned Ralph Lauren outfits. For their Hindu wedding ceremony, which was held on December 2, 2018, the couple wore outfits from the house of Sabyasachi. Two grand wedding receptions followed, one in New Delhi and the other in Mumbai. The wedding was attended by friends and family members of the couple, while the receptions were attended by the who’s who of Indian politics and Bollywood, including PM Narendra Modi.

Priyanka Chopra has recently wrapped up shooting of Keanu Reeves’s Matrix in Germany. She will be next seen in Netflix’s The White Tiger, which is an adaptation of Aravind Adiga’s book of the same name. Rajkummar Rao and Adarsh Gaurav play pivotal roles in the film. The trailer of The White Tiger was released recently. Apart from this, she will also be seen in Hollywood’s We Can Be Heroes, which is being helmed by Robert Rodriquez.

Nick Jonas is awaiting the release of Chaos Walking, a sci-fi action film.

An early look at McGregor vs. Chandler from a bettor’s perspective