Mouni Roy was snapped in Mumbai today. For the outing, she wore a black mini dress with an oversized blazer, and looked absolutely chic.

Mouni Roy has been making waves with her sartorial choices recently. From couture gowns to regal lehengas, the star knows how to leave her followers swooning. She has given us major fashion goals in the past, and her recent outfit choice for an outing is doing the same. Mouni was snapped in Mumbai today in a simply chic little black dress. She wore a spaghetti strapped mini dress that featured a square neckline and a slit on the hem of the ensemble. The body-hugging ensemble accentuated the star’s svelte figure pleasantly. 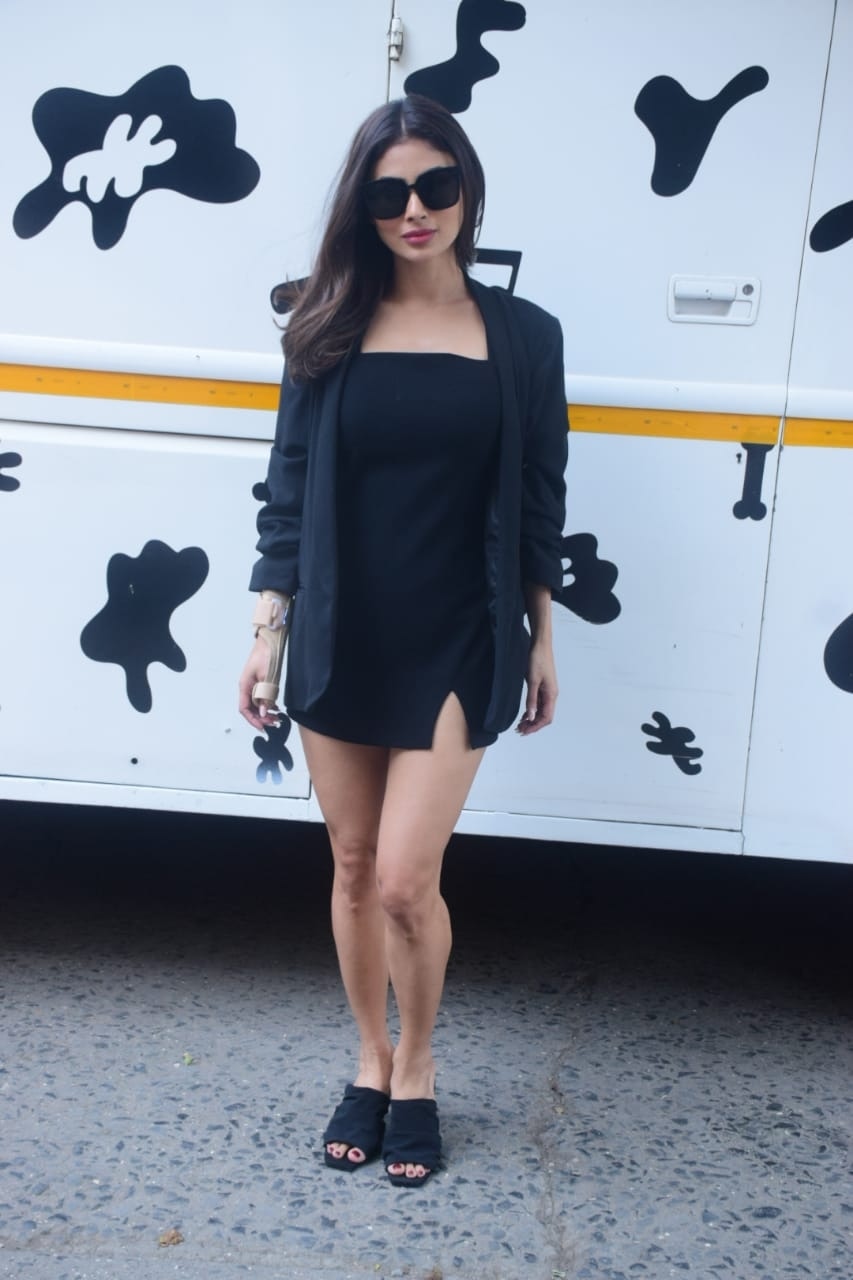 Mouni paired the ensemble with an oversized black blazer. She rolled up the sleeves of the jacket, thus adding an effortless touch to her whole look.

Keeping the vibe minimal, Mouni opted to let go of any accessories and just wore sunglasses with large frames and black slip-on sandals with the outfit. 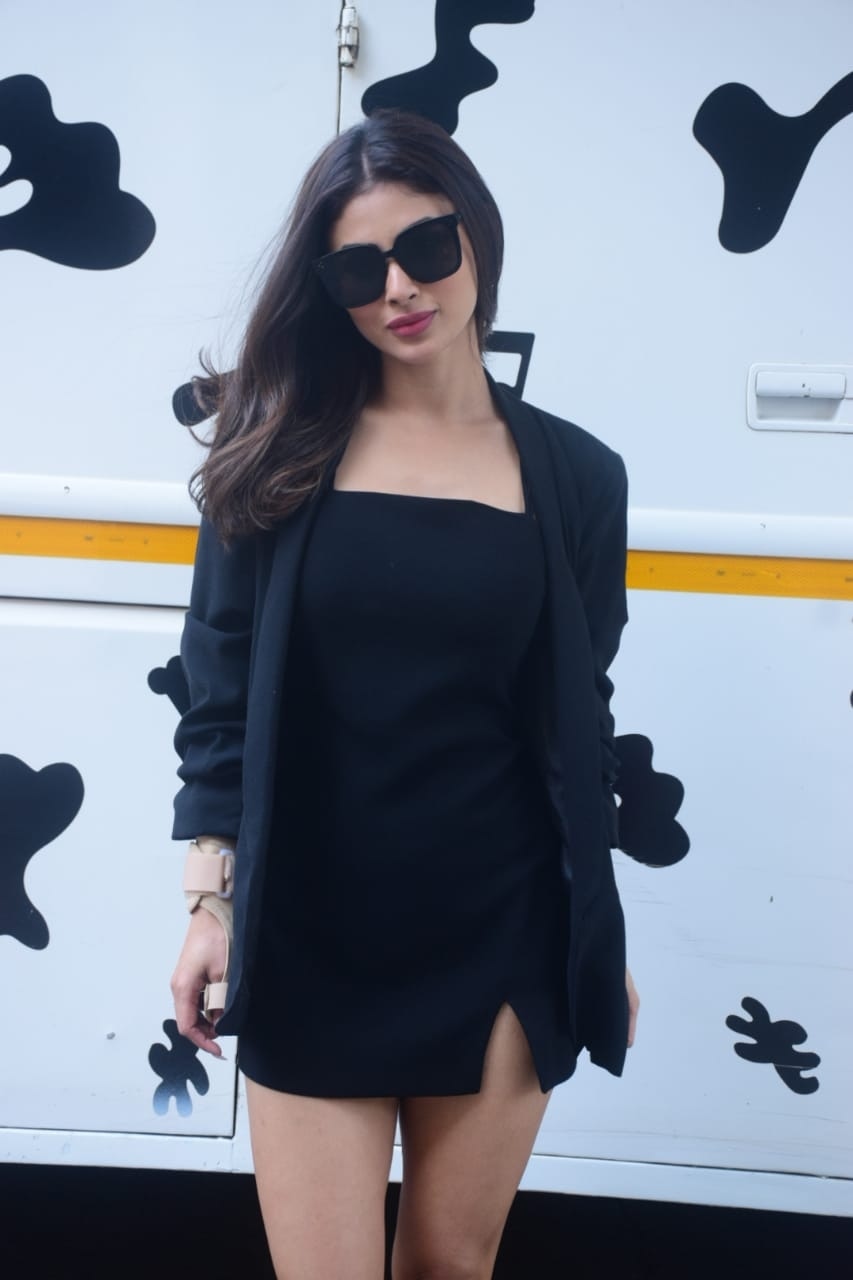 As for her glam, Mouni opted for berry-toned lipstick, dewy base, blushed cheeks and middle-parted open locks styled in light waves. We love the simple and effortless vibe of Mouni’s entire day-out look.

ON THE WORK FRONT

Before venturing into films, Mouni Roy starred in television shows including Kyunki Saas Bhi Kabhi Bahu Thi, Kasturi and Naagin. She made her debut in Bollywood with Akshay Kumar’s Gold in 2018 and subsequently starred in the films Romeo Akbar Walter and Made In China.