Karan Singh Grover and Surbhi Jyoti reprised their roles as Asad and Zoya for Qubool Hai 2.0. The sequel will stream on Zee5.

Surbhi Jyoti and Karan Singh Grover as Zoya and Asad while shooting in Belgrade for Qubool Hai 2.0.

Karan Singh Grover shared a photo on Instagram with Surbhi Jyoti from his Qubool Hai 2.0 shoot in Belgrade and captioned it as, “Dejavu #quboolhai2.0 #zee5 #belgrade (sic).”

AsYa (Asad+Zoya) fans are super-excited to see their favourite on-screen jodi together again. A fan wrote, “AsYa is back,” with lit emojis, while another commented, “Now, I am dead.” 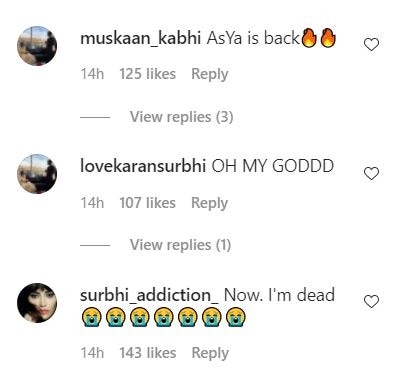 Karan’s wife Bipasha Basu also wished him luck for his new project. She wrote, “Durga Durga. All the best.”

Surbhi Jyoti shared photos from Belgrade as she began shooting for Qubool Hai 2.0. She captioned the pictures as, “And it begins #quboolhai2.0 @ichakohli @shivanishirali @jha.mrinal @zee5 (sic).”

Karan shared the logo of Qubool Hai 2.0 a week ago and shared the news that the show is coming back. He wrote, “Coming soon!!! Laut aa raha hai pyaar bhara mausam with Asad and Zoya. #QuboolHai2Point0 #ComingSoon.”

ALSO READ| Qubool Hai to Sasural Simar Ka: TV shows with the most ludicrous storylines in 2015