Janhvi Kapoor took to Instagram to share how she is having a hard time keeping it together in 2020. It was absolutely hilarious.

2020 was surely a tumultuous year, with life as we know it changing due to the novel coronavirus pandemic. As 2021 dawns upon us, Janhvi Kapoor is also having a hard time keeping it together this year. She shared a post on Instagram which captures her reaction to 2020, and yes, it is totally hilarious.

Janhvi Kapoor shared two pictures from a photoshoot. She looks gorgeous in a black collared jumpsuit. She paired it with a matching belt and black boots. The actress kept her hair open and posed for the camera. In the second picture though, she makes a funny face. And that is how her mood is in 2020. She captioned it, “Trying to keep it together this year like (sic).”

HOW DID HER INSTA-FAM REACT?

Janhvi Kapoor might be just a couple of films old, but commands a huge fan following on social media. Her fans flooded her comments section with endearing comments. One person wrote, “Love you very much beautiful”, while another commented, “Lovely pics (sic).” Many fans also dropped heart and fire emojis on Janhvi’s post. 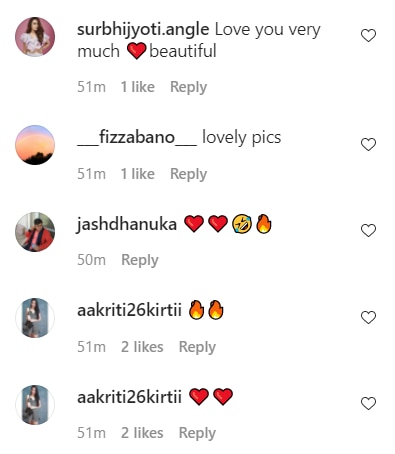 Janhvi Kapoor celebrated Diwali with father Boney Kapoor and sister Khushi Kapoor. She shared beautiful pictures from the festival on Instagram. Janhvi looked stunning in a yellow saree while Khushi wowed in a blue ensemble.

WHAT’S ON THE WORK FRONT FOR JANHVI?

Janhvi Kapoor was last seen in Gunjan Saxena: The Kargil Girl, which released digitally because of the novel coronavirus pandemic. Even though the film faced controversy for merging facts and fiction, Janhvi received appreciation for her performance. The actress has several projects lined up. She has been roped in for Dostana 2 with Kartik Aaryan and Laksh Lalwani. She also has Roohi Afzana with Rajkummar Rao coming up. Janhvi will also be seen in Karan Johar’s Takht in an ensemble cast which includes Ranveer Singh, Kareena Kapoor, Alia Bhatt, Vicky Kaushal, Bhumi Pednekar and Anil Kapoor.

ALSO READ | Janhvi Kapoor tried not to annoy Khushi because on her birthday. No promises, though

“Have A Simple Rule”: Hardik Pandya’s Mantra On ‘Life And Captaincy’ | Cricket News