Fire broke out at actress Fatima Sana Shaikh’s residence on late Friday night. She took to her Instagram stories to inform about the same.

Sharing a picture of a fire engine, Fatima wrote, “A small fire broke out at my place right now and in a panic state I called the fire department. They were here in no time and took care of the situation.” 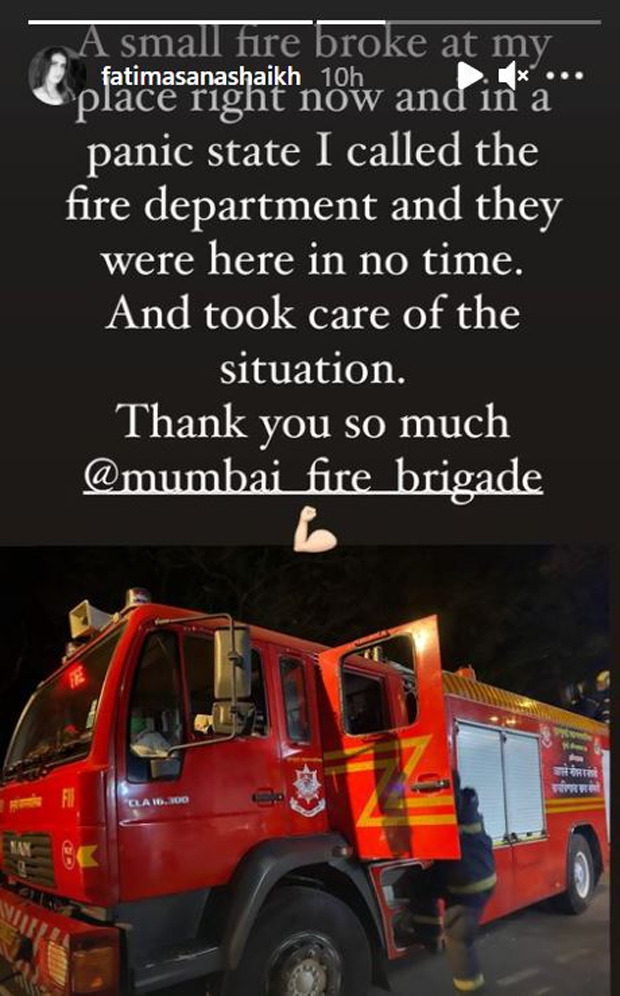 Meanwhile, on the work front, Fatima was last seen in the film Suraj Pe Mangal Bhari and Ludo; both of which were released in November. Ludo, directed by Anurag Basu, was released on Netflix. In the film she was paired opposite Rajkummar Rao.

Meanwhile, her film Suraj Pe Mangal Bhari also starring Diljit Dosanjh and Manoj Bajpayee was the first new film to release in theatres after the lockdown. Superstar Aamir Khan also headed to the theatres to catch the film and thanked the makers for releasing the film on the big screen.