A post circulating on social media says that the Reserve Bank of India (RBI) has stopped supply of Rs 2,000 currency notes. The claim further says that due to this, only Rs 100, Rs 200 and Rs 500 currency notes can be withdrawn from ATMs.

India Today Anti Fake News War Room (AFWA) has found the claim to be misleading. Although the RBI has reduced printing of Rs 2,000 notes, it has not yet stopped supply of the currency.

A decision of withdrawing Rs 2,000 notes would have made big news. However, no official statement regarding the same has come from either the RBI or the Centre. All official notifications by the RBI can be accessed here.

Earlier, in response to an RTI petition filed by India Today, RBI had confirmed that not a single Rs 2,000 note was printed for two years between June 2018 and June 2020.

However, according to information provided to India Today by RBI, the total number of Rs 2,000 currency notes in circulation by the end of March 2020 stood at “27,398 lakh pieces”.

So it is clear that though the number of Rs 2000 notes printed by RBI has fallen, the central bank has not yet stopped supplying currency notes of the denomination.

The Press Information Bureau has also confirmed that the viral claim is false and RBI has not yet stopped the supply of Rs 2,000 notes. 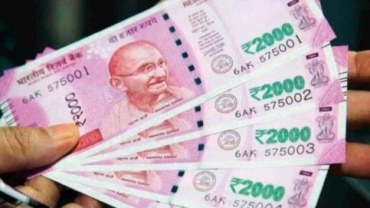