A video of Deepika Padukone and Siddhant Chaturvedi is going viral on social media where they are seen having a gala time on a yacht. The actors take a yacht to Alibaug where they are shooting for Shakun Batra’s next.

Deepika Padukone with Siddhant Chaturvedi have a gala time on a yacht while heading to Alibaug for Shakun Batra’s next.

Deepika Padukone and Siddhant Chaturvedi are currently busy shooting for Shakun Batra’s next in Alibaug. Everyday, the actors take a yacht ride to Alibaug from Mumbai’s Gateway of India. A video of the actors on the yacht is going viral on social media where they are seen enjoying the ocean wind and vibing together. The video is from Day 38 of the Alibaug shoot. Siddhant and Deepika can be seen twinning in white while talking and smiling at each other.

In the video going viral on social media, Deepika Padukone and Siddhant Chaturvedi can be seen sitting on the deck of a yacht heading to Alibaug for their shoot. The actors are seen wearing white outfits and talking and smiling at each other. Siddhant’s T-shirt has a cute heart on it while Deepika is wearing a white tank top with shorts.

Have a look at the video here:

Deepika Padukone takes a yacht from Mumbai’s Gateway of India along with the other cast and crew members of the film to reach Alibaug. A few days ago, Ranveer Singh was spotted seeing off his wife at the Gateway of India as they left for their respective work. The couple was seen kissing each other a goodbye. 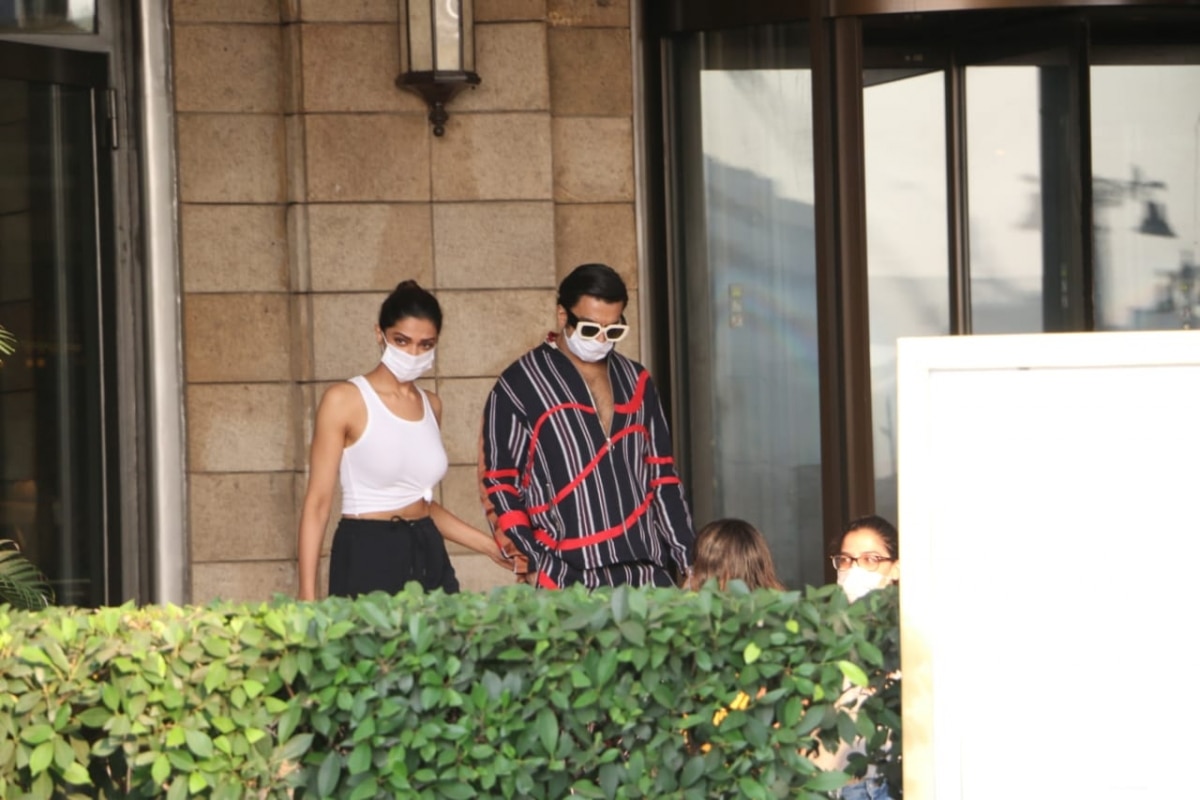 Ranveer Singh with Deepika Padukone as he kisses her goodbye before leaving for work.

On Thursday, Ananya Panday, who is also a cast member in Shakun Batra’s next, was also spotted with Siddhant Chaturvedi on their yacht. The actors usually leave for shooting early in the morning. The actors had earlier shot a portion of the film in Goa.

DEEPIKA’S NEXT SCHEDULED TO RELEASE ON VALENTINE’S DAY

The Shakun Batra directorial venture was earlier supposed to be shot in Sri Lanka but the makers had to call off the schedule due to the novel coronavirus pandemic. The yet-to-be-titled film is being produced by Karan Johar and Apoorva Mehta. It is scheduled for Valentine’s Day release next year.

Earlier last month, a few scenes of the film were also shot in Mumbai.