Bigg Boss 14’s Thursday episode saw housemates getting aggressive during the task. Jasmin Bhasin first got into an ugly fight with Eijaz Khana and later got physical with Abhinav Shukla during the task. After Eijaz, Abhinav is the second finalist of BB 14. The other four contestants are nominated for elimination for this week.

Bigg Boss 14 housemates woke up to the song Velle. Rubina expressed that she wants to break the monotony and asked everyone to work according to free will. Rahul Vaidya told her that it will create confusion and Jasmin and Nikki agreed to him. This became another reason for an argument. Abhinav Shukla said that people who don’t know to cook will get their food.

Jasmin took at a dig at her Eijaz, and said how he has used his personal life problems to seek attention on the show. Eijaz is very hurt by this and two get into a scream fest. Rahul is seen supporting Jasmin, however, Eijaz refused to stand down. While Eijaz accused Jasmin of having a ‘bhaade ki soch’, Jasmin said that Eijaz has a ‘bhaade ka character’.

Jasmin Bhasin and Eijaz Khan had an ugly fight on Bigg Boss 14.

Bigg Boss introduced a new boat task, which would choose the second finalist after Eijaz Khan. All the housemates, except for Eijaz, had to ensure that they get seats on the boat until the task is over. After the buzzer, Rahul, Abhinav, Nikki and Jasmin took seats on the boat. Rubina tried to get them out of the boat but no one moved. Next, Rahul could not secure a seat in the boat. Bigg Boss reprimanded Rahul for giving up so easily. Nikki Tsmboli Jasmin Bhasin and Abhinav Shukla in a still from the boat task.

Next, Nikki took a seat. For taking another seat, Abhinav and Jasmin jumped and both sat on the same chair. Jasmin accused Abhinav of pushing her but Abhinav disagreed. Jasmin got physical while trying to get the seat and used her full force. She said that she would do anything to take the seat. Abhinav asked her to be careful as she would hurt herself but she didn’t stop. However, she couldn’t move Abhinav from the chair. 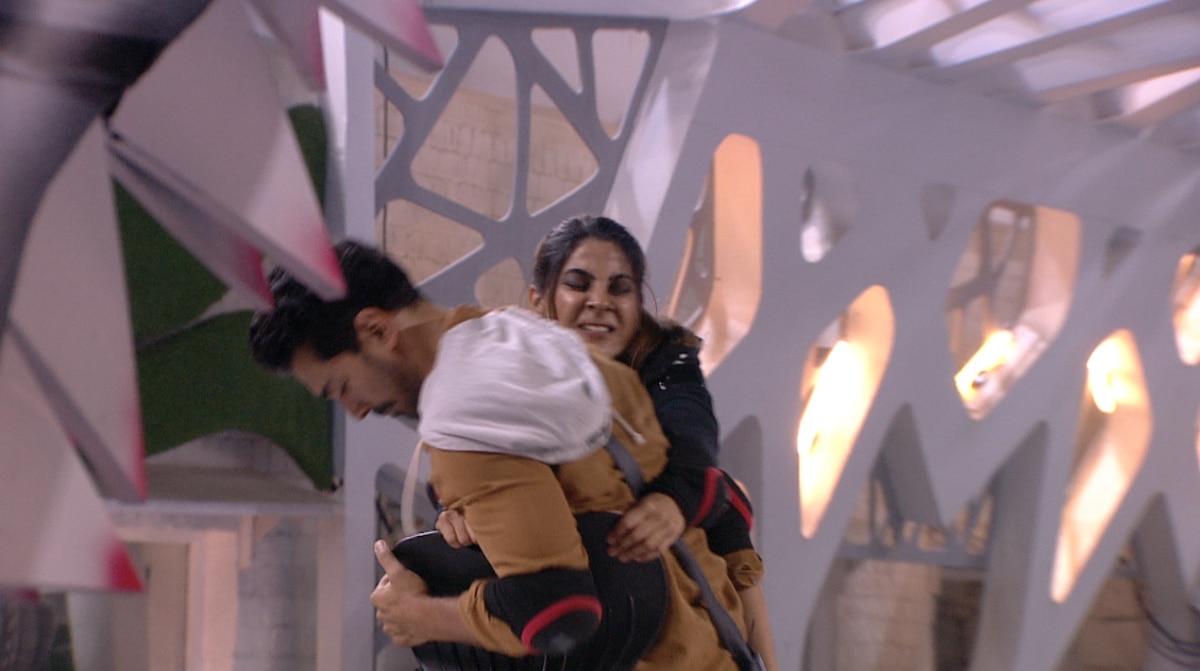 Nikki Tamboli and Abhinav Shukla in a still from Bigg Boss 14.

ABHINAV SHUKLA IS THE SECOND FINALIST

For the final round, Nikki Tamboli gave a tough fight to Abhinav Shukla. She tried to move Abhinav from the chair but ultimately Abhinav won the task. After Eijaz announced the winner, Nikki broke down. Eijaz consoled her and praised her for giving her best. Bigg Boss congratulated Abhinav for being the second finalist of Bigg Boss 14.

After the task, Nikki apologised to Abhinav for being mean to him. Abhinav hugged her. Later, Abhinav asked Rubina she didn’t have to interfere in the task. She told him that she wanted to break the monotony of the task. Abhinav got annoyed as Rubina was not ready to listen to him and lashed out at her.

“Weirdest Diet I Ever Had…”: Virat Kohli Reveals His Past Food Habits And How He’s Changed It | Cricket News