A runaway bride chasing her dreams. A middle-class household where the man of the house bargains even with an astrologer. A supportive best friend. An impending wedding (which doesn’t happen). A dash of romance and, of course, moments of stand-up comedy that take you to a whole new world all together. The latest Netflix original starring Swara Bhasker as the lead, Bhaag Beanie Bhaag, has a little bit of everything and leaves you smiling at the end. It is not a laugh riot, but it sure is a breath of fresh air which will also tickle your funny bone at times.

Swara Bhasker plays Beanie Bhatnagar, who is living a comfortable life until a marriage proposal from her boyfriend stirs up a storm inside her and she realises that she can’t do this anymore. Yes it all appears to be a bit rushed, but then you are not here to watch how wonderful weddings are, right? So, on the day of her roka, Beanie runs away from that life and tries to create a name for herself in the world of stand-up comedy. Helping her in her mission is her best friend Kapi (Dolly Singh) and a fellow NRI comic Ravi (Ravi Patel).

However, a career in stand-up comedy, like any other creative career, has its own set of challenges and how Beanie tackles those forms the rest of the story.

Due to its plot, comparisons with Amazon Prime Video’s The Marvelous Mrs Maisel are inevitable. But once you become a part of Beanie’s world, all the comparisons take a backseat and you begin to enjoy the desi feel of the show.

Bhaag Beanie Bhaag also lightly touches upon parenting issues, societal pressures and how difficult it is to be an artiste. What works the best for the show is how relatable it gets at times. How many times have you wanted to just quit your job and pursue a creative career? How many times have you felt like a bystander in your own life? How many times have you had the feeling that even though everything is okay, there is something that is not? There are many moments in Bhaag Beanie Bhaag that will make you go, “Been there, done that.” And this is what allows us to form an emotional connect with Beanie, and her story. It doesn’t happen right from the first episode, but give her a chance. Things get interesting after the first two episodes and are at their best in the fourth one.

However, had the stand-up comedy acts been a little longer, jokes a little more hilarious, and dialogues a bit crispier, Bhaag Beanie Bhaag would be topping everyone’s watch-lists right now.

Coming to the performances, Swara Bhasker aces her part as Beanie. Her stand-up comedy bits in the show are a delight to watch and her body language does the talking most of the time. In the initial episodes, there are bits that feel a bit OTT, but that much is digestible. The highlight of Swara’s performance is when a particular act takes her comedy career to new heights but also brings ‘disgrace’ to her parents. Haaw!

Ravi Patel is endearing as Beanie’s companion and even mentor at times. With his American accent and laid-back vibes, he brings a certain freshness to the show.

Dolly Singh gives a fine performance as Kapi and plays her role of being an influencer by profession really well.

Girish Kulkarni’s act results in some LOL moments. The bits where he visits an astrologer and the therapist are some of the most interesting ones. Mona Ambegaonkar plays his on-screen wife and wins hearts with her ‘Maa ka dil toh aisa hi hota hai’ performance. Pan-fried eggplant, anyone? No? Okay then. 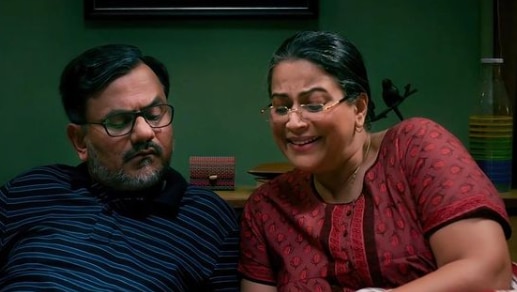 Coming to the direction, each frame moves beautifully and allows us to absorb the world of Beanie. In the last episode, we see the sign ‘Do what you love’ hung on a wall in Kapi’s living room, as Beanie crosses it to answer the door. The moment is subtle, but the message? Delivered.

With 6 episodes, each one around 30 minutes long, you can easily binge-watch Bhaag Beanie Bhaag this weekend. It offers something new and will succeed in putting a smile across your face, even during these trying times.

Mbappe a doubt for PSG’s UCL tie vs. Bayern