Manish Malhotra shared a picture with Ananya Panday’s mom Bhavana on his Instagram story and called her Ananya’s elder sister. The Khaali Peeli actress has an epic response too.

Manish Malhotra shared a picture with Bhavana Pandey and mentioned she looks like Ananya’s elder sister. WHAT WAS ANANYA PANDAY’S CHEEKY RESPONSE

Ananya Panday shared the picture on her Instagram stories and responded saying, “And you are looking like both of our younger brother. Love Manish (sic).” Bhavana also had something similar to say about Manish, specially his chiselled jawline. Sharing the photograph on her Instagram stories, Bhavana wrote, “Manish, you look the youngest of us all.. (Checkout the jawline).” 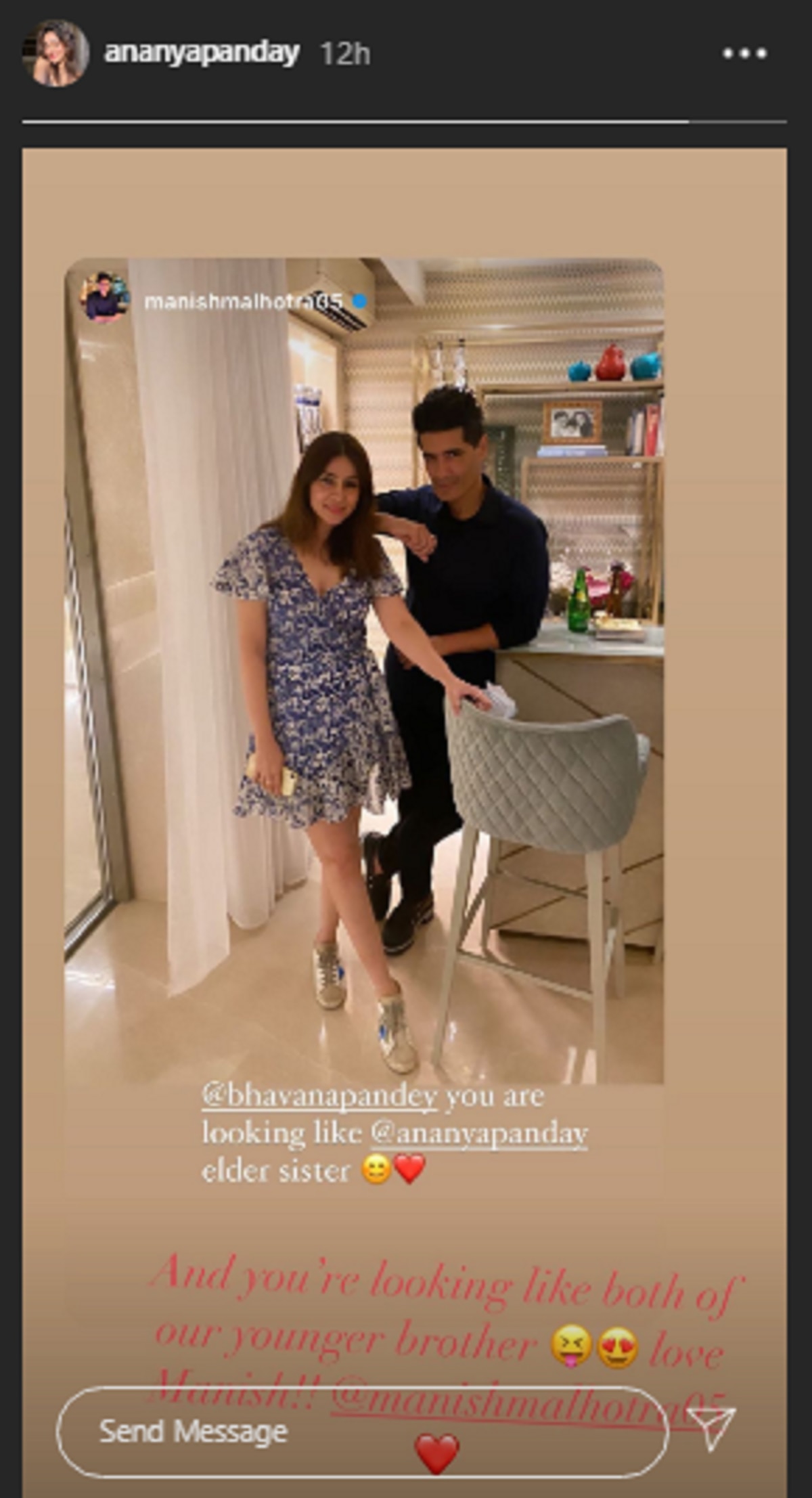 Ananya Panday made her Bollywood debut with Punit Malhotra’s Student of the Year 2 in 2019. Tiger Shroff and Tara Sutaria were also part of the film. She then featured in Pati Patni Aur Woh, also starring Kartik Aaryan and Bhumi Pednekar. She was last seen opposite Ishaan Khatter in Khaali Peeli. The actress is currently busy with the shooting of Shakun Batra’s untitled film which also stars Deepika Padukone and Siddhant Charurvedi. She also has Puri Jagannadh’s Fighter, co-starring Vijay Devarakonda.